How to become a TED star 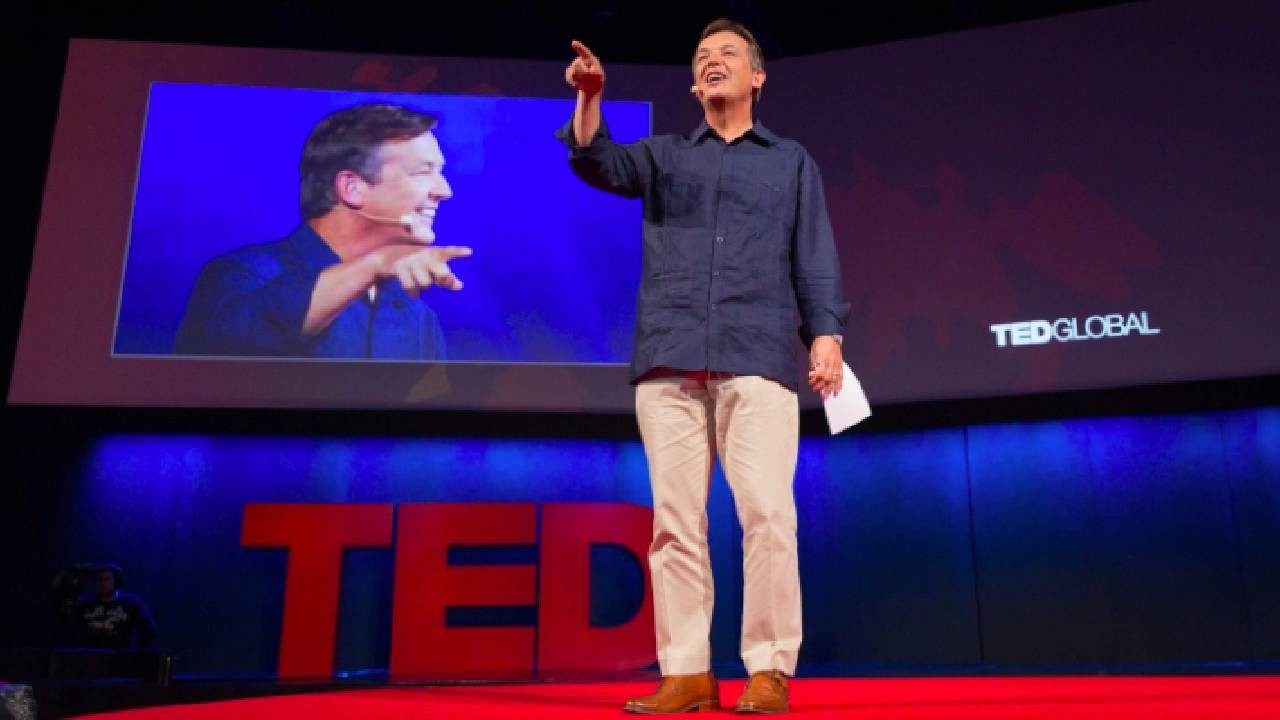 If you make presentations or give speeches on a regular basis, I’m pretty sure you’ll have looked for tips from some TED Talks contributors. The TED Talks have become a gold standard for presentations, and some of the presenters have become the rock stars of the speaking world.

So what makes a TED Talk so special, so distinctive? Are there tricks and techniques we can copy to improve our own performance in front of an audience?

TED Talk curator Chris Anderson (above), who has mentored a gazillion speakers over 12 years, posed that question in a video I was watching this week.

“Is there a simple key to success,” he asked? Is it about telling a story from childhood, or sharing a secret, or finishing with a dramatic call to action? Is it about looking relaxed and confident on a stool on a red rug?

No, he says. If you think the path to success is as simple as copying the mannerisms of others, you run the risk of being written off as clichéd and emotionally manipulative.

But, he says, there is one thing that all TED Talks have in common. “Your number one task as a speaker is to transfer into your listeners’ minds an extraordinary gift… an idea.”

Your mission, he says, is to take a single good idea from your brain and teleport it intact into the brains of all your listeners. If the idea is well formulated and well delivered you can change for ever how people see the world.

But here’s the tricky bit.

Defining and formulating that idea, that message, is far from easy. I’ll attest to that from my experience of coaching hundreds of people in presentation skills

And it’s a point that is reinforced by another TED Talks star, speaking coach Hayley Foster.

She says in her experience speakers struggle with one of two problems:

So the starting point is to define, clearly and simply, the idea you want to transfer into you listeners’ brains.

What should that look like on paper? Well here are Chris Anderson's examples of the big ideas behind three successful TED talks:

Get the idea? Short and sweet.

How clearly do you define the controlling idea that holds your presentation together?