How to spot a story built on a lie 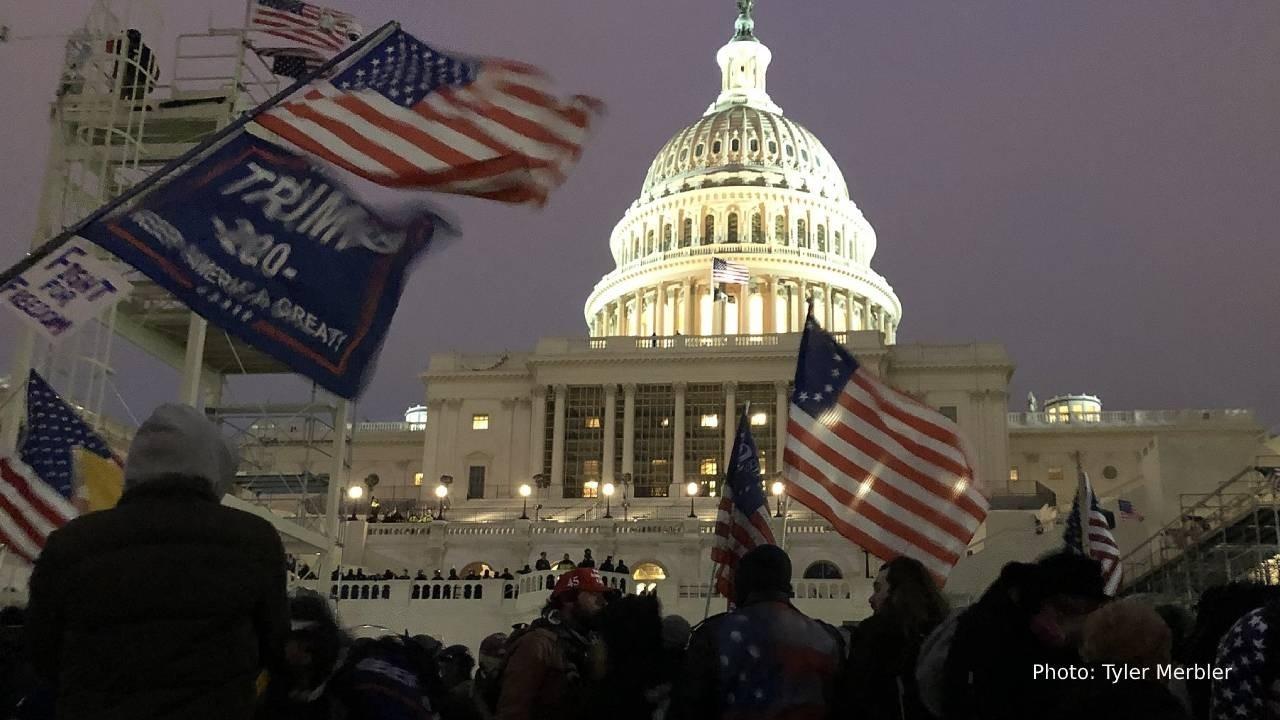 The events in Washington on January 6th demonstrated one thing very clearly - the power of a story built on a lie.

If you listened to the rioters who stormed the Capitol, you heard the same thing, over and over: ‘everybody knows the election was stolen’, ’the evidence is clear’, ‘there’s so much proof’.

Problem is, there is no proof. At least not enough to demonstrate there was anything other than the normal handful of scrutinizing errors among 159 million votes.

Nothing to convince election supervisors of all political persuasions in any of the contested states.

Nothing to persuade courts from the lowest to the highest; judges threw out 61 of 62 challenges.

But thousands of Trump supporters believe a story that says the election was rigged and stolen. Many seem happy to accept the lie. Their man said the election was stolen - and that’s good enough for them.

But it’s not good enough to take information - any information - at face value. If we claim to believe in democracy and freedom of speech, we have to be proactive in protecting them. And we don’t protect them by unquestioningly accepting points of view just because they’re expressed by someone on TV, or shared on a social media feed.

The sheer volume of disinformation and misinformation spread on websites, social networks and email is staggering. Falsehoods really do travel faster and further than the truth.

First of all, if you want to avoid crap, apply the CRAAP test

C - Currency. Is the information you are looking at current? Look for a date when it was first posted. Put a sentence from the article into Google and check if it’s appeared before. If it’s old, ask yourself why someone would be recycling it now. Are you being asked to be outraged today about something from long ago?

R - Relevance. If you are researching a topic online, you can find a whole lot of sources vying for your attention. Ask yourself if the information you are looking at is relevant to your original inquiry. Look at a variety of sources before settling on a piece of information.

A - Authority. Who is writing or promoting the article? Who is publishing it, or paying for it? A lot of articles can be traced to interest groups or lobby groups acting on behalf of a particular company, industry or individual. Check the About Us tab on websites or look up the website on sites like Wikipedia for more information about the source.

A - Accuracy. Does the author identify his or her sources? Is the information supported by evidence? Look for other sources.

P - Purpose. What’s the motivation of the writer or speaker? Do they want you to be outraged, or sympathetic, or do they want you to buy something? Do they seem to be informing you about a subject - or selling you on a point of view? Look out for bias.

Distinguish between fact and opinion

You are reading a newspaper, listening to radio, or a podcast, or watching TV. Are you getting a diet of carefully-researched facts - or a steady flow of opinion.

You are watching CNN or Fox. What are you getting? There’ll be some news, but most of the output of cable channels is opinion. That’s not a bad thing. It’s good to hear different points of view. But points of view are not facts.

If you are looking at a story on a news site, check how it’s being presented elsewhere. Here are two reliable sources you can check with:

Watch out for poor grammar, CAPS, and too many exclamation marks

If you spot outbreaks of !!!!!!!! or typos or grammatical errors, be alert. There’s probably cause to be wary of the source. It’s almost certainly not been subject to any editorial vetting process. And be very suspicious of anything written in ALL CAPS. Most reputable news organizations ban CAPS and !!!!!

Use a Fact-Checking service

There are plenty of reputable places to double-check your suspicions about an article or allegation.

FactCheck. A product of the Annenberg Public Policy Center. For example, on January 7 FactCheck posted this warning: “Viral social media posts and a Republican House member have amplified claims wrongly identifying some right-wing figures at the U.S. Capitol riot as part of 'antifa'. The claims feed into an unfounded conspiracy theory that anti-fascist activists in disguise orchestrated the event.”

Politifact. The Pulitzer Prize-winning Politifact researches the claims of politicians and checks their accuracy.

Snopes.com. One of the oldest debunking sites on the Internet, Snopes.com focuses on urban legends, news stories and memes.

Media Bias/Fact Check. A site dedicated to evaluating online news sources for bias and credibility. Check out the "questionable sources" page for their list of fake news sites.