Lessons for all from Canada’s first virtual Parliament 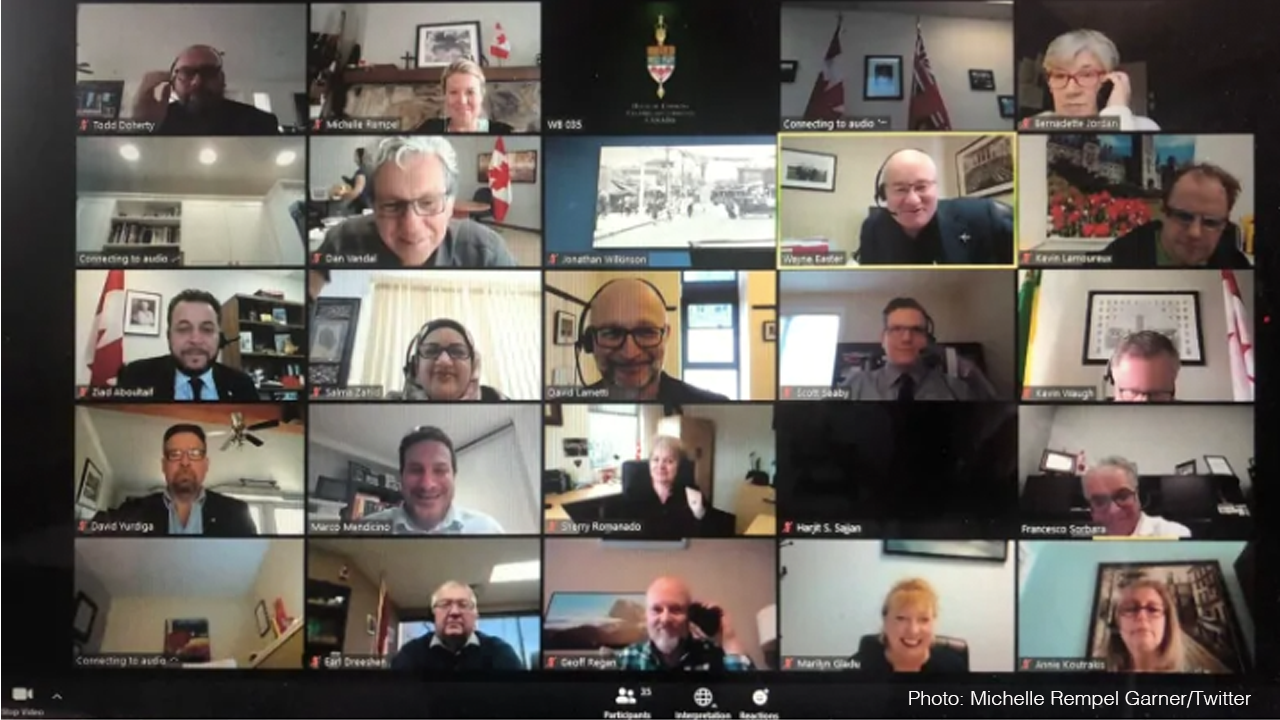 It was the first meeting of Canada’s virtual Parliament, with MPs Zooming in from wherever they were locked down.

I’m sure all those taking part wanted the perfect background and the perfect look for their webcam. Many succeeded, but many more could have looked better.

Their camera angles varied as widely as their backgrounds. Some looked good, looking straight ahead. But many - 70 per cent I would estimate - were in their normal working-at-the-computer position. Which meant the screen was tilted back and the camera was showcasing chins, noses and ceiling lights. Some looked off-camera to read their notes. Some had too much ‘head room’, meaning their face occupied only the bottom third of the screen. A few had a distracting background or not enough light on their faces.

Despite all this, the members of the Canadian Parliament were making history - the first ever virtual parliamentary sitting, in two official languages with translation.

It was rough at times, as you might expect from a first attempt, with the biggest problem being audio.

But there was an unexpected bonus with all these technical challenges - civility. No one yelled, made gratuitous remarks or pounded their desks as they would have in a live parliament.

It’s one thing to nudge your seat-mate for approval and look around to your colleagues for support of some inappropriate  behaviour; it’s another thing to shout at your camera alone in your home or office.

Technology is making us all behave differently in this Covid-19 crisis. Whether it’s for business for for pleasure, to talk to clients or to talk to the grandkids, we’re all becoming familiar with video meeting apps like Zoom and Webex.

The position of the camera or computer can have a profound effect on your success in getting your message over. The impact of a close-up shot moderates behaviour. You may not have control of the mute button. As in the virtual parliament, the speaker or a manager, can easily mute you.

We have to be aware that every single thing in our frame is being judged. After all, one picture is worth 1,000 words. Only after attendees finish looking at your pictures, or your furniture, will they tune into what you’re actually saying.

As former television news producers, we understand this well. That’s why we are producing video tips to help you look and sound your best whether you’re facilitating, leading or participating in a virtual meeting.

If you haven’t seen them already, here are the links:

There will be more virtual parliamentary sittings and a lot of bugs will be worked out. It’s a sure sign that video-conferencing is the new normal.

And we’ll be publishing more 30 second webcam tips. If you already get our newsletter or updates, you’ll automatically get them. If not, sign up by clicking here.