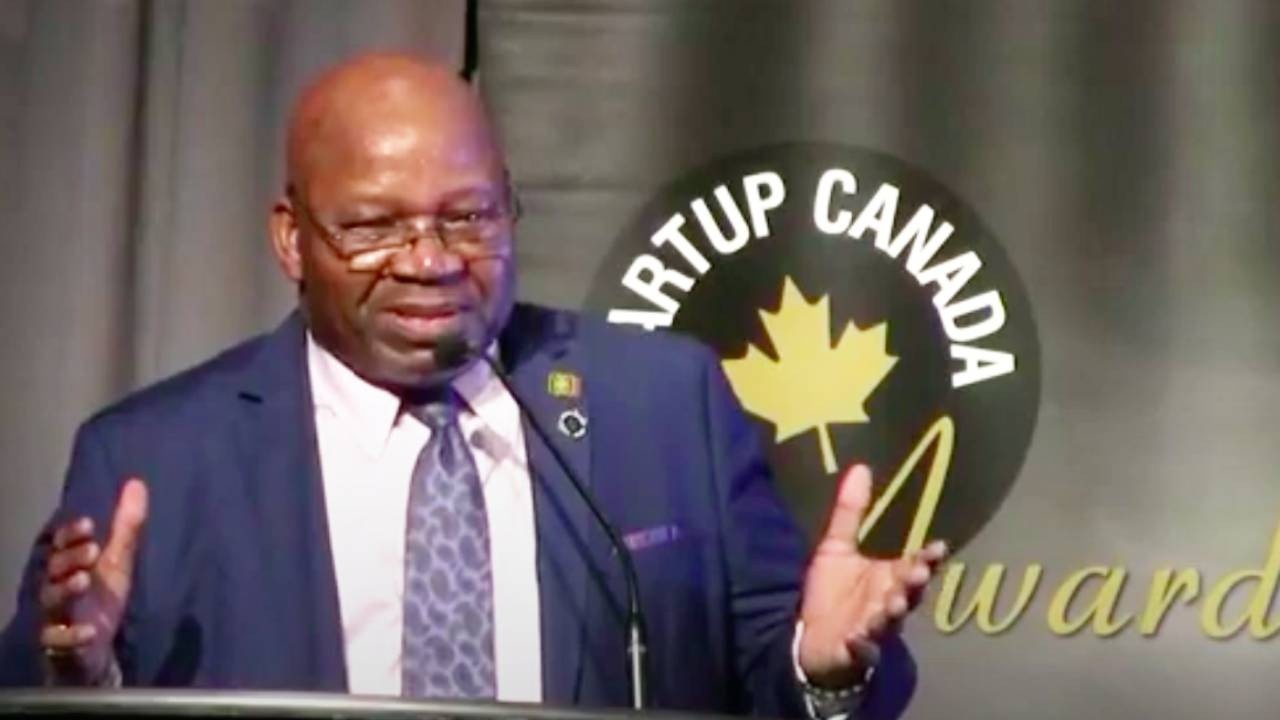 Helping young Black entrepreneurs cope after the killing of George Floyd; being a well-known community leader and still being pulled over by cops for ‘driving while black’; and being surprised by how some prominent business leaders didn’t understand how degrading that could be.

Those are just three of the talking points that came up when Dr Rustum Southwell (pictured) was the guest speaker at the February meeting of the Canadian Association of Professional Speakers (Atlantic Canada chapter).

Dr. Southwell is a visionary, an innovator, a mentor and an astute business leader. As founding CEO of the Black Business Initiative (BBI) his passion is to have a Black presence in all business and cultural sectors, not only in Nova Scotia, but also across Canada, the US and the Caribbean.

In the middle of African Heritage Month, Dr Southwell was invited to share his thoughts on doing business with the Black community and the effects of the Black Lives Matter movement, as well as the impact of Covid-19 on the economy and especially on young Black entrepreneurs.

He began by saying that Covid-19 had forced a reassessment of what constituted good leadership. People quickly had to change their ideas of what the workplace looked like. They had to embrace working from home, and hybrid working.

The key, said Dr Southwell, was being a good listener; listening carefully and being sensitive to the needs, fears and ideas of colleagues. Leaders, if they were to be effective in a changing world, had to learn new skills as the different pressures evolved.

And no-where were listening skills more important than in the aftermath of the killing by a police officer of George Floyd in Minneapolis. “It was very traumatic for the BBI team. They wanted to know what to do and how to respond.”

Dr Southwell said the growing toll of Black people killed in encounters with the police was worrying on a very personal level. He and his wife had two adult sons. They were always worried about where they were, and didn’t want to them to go out too late.

In the almost 50 years Dr Southwell has lived in Nova Scotia he’s been breaking down barriers. He was the first black franchise owner in the restaurant industry. And he created the Black Business Initiative, which has helped hundreds of young entrepreneurs in Nova Scotia - including Hope Blooms, the youth enterprise in healthy eating that was a big hit on Dragons’ Den.

But being prominent in the community hasn’t protected him from racism. He talked about how he joined the ranks of people stopped by the police for ‘driving while Black’. The day after he was stopped for no good reason, he was at a high-powered business meeting. “Some folks at the table did not understand what that meant, and how I could have felt abused and violated. My surprise was that a lot of significant leaders hadn't understood how degrading that was. But it is heartening that some people in the community do get it,” he said.

Inevitably there was a question about President Trump’s refusal to accept the US election result, and the trouble on January 6, when a pro-Trump mob attacked the United States Capitol, in a rampage that left five people dead.

Dr Southwell said Black and white communities alike were concerned, not only about Trump, but more about the supporters of Trump. “He  got over 70 million votes. That is a lot of supporters. If groups like the Proud Boys persist, you are looking at a situation like the 1930s.”

Dr Southwell warned that this was no time for Canadians to feel complacent about race relations and the rise of white supremacist groups. “We're not immune to it here in Canada.” He pointed out that the Proud Boys were founded by a Canadian.

The conversation turned to how organizations like CAPS could be better at working with the Black community.

CAPS has 373 members across Canada and only 8% identify as Black or people of colour. If CAPS was truly representative, that figure would be nearer 22%. How could organizations achieve better representation?

Dr Southwell said there were many good speakers in the Black community, people who would do well in CAPS. But did they have the information, or the contacts, to enable them to join? He believed there was a particularly good time to reach out and let people know there were opportunities for them, and that they would be welcome.

A questioner asked what could be done to help individuals break down barriers. “How can I be an effective ally?” she asked.

Dr Southwell replied: “It has to be from the head and the heart, from people who are willing to do things that will make a difference. You can’t create solutions in isolation. Involve folks from the community. You need to convince your peers. Be a champion among your peers.”