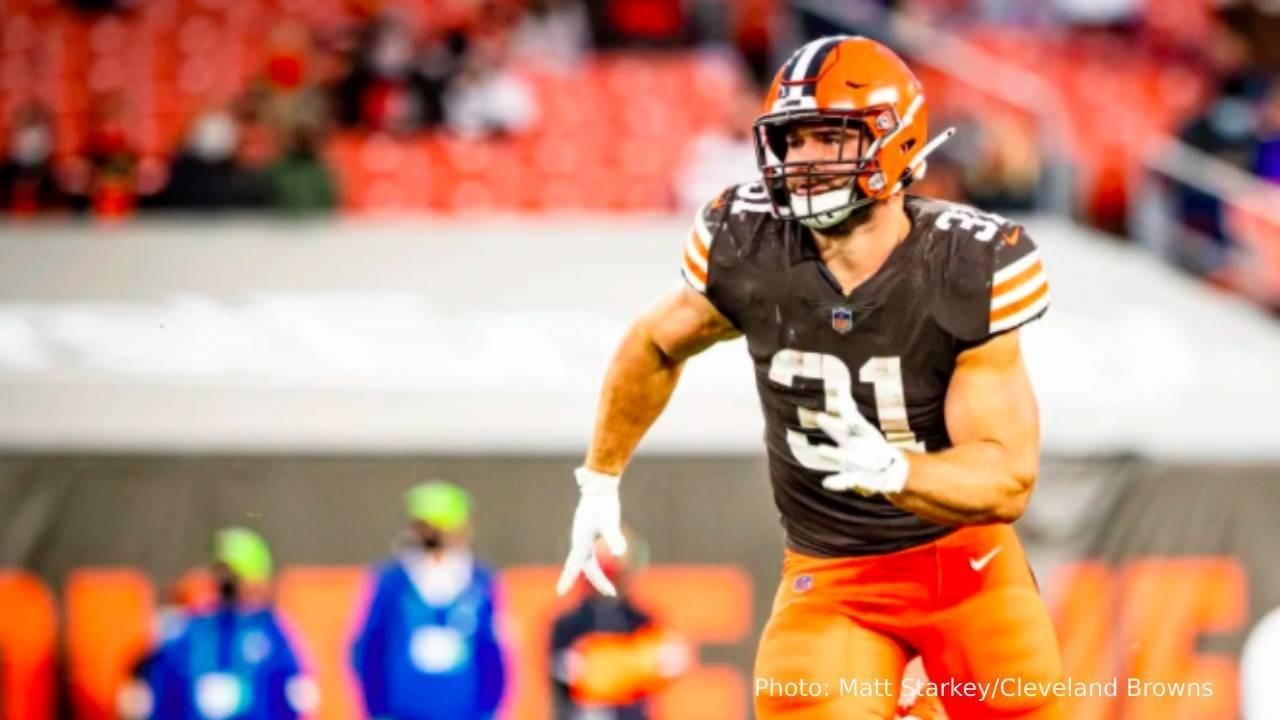 Cleveland Browns football fans are a patient bunch. The last time they had a post-season win was in the 1994 season. Not so long ago they set a franchise record by losing their first ten games. That all changed on Sunday… and it’s thanks, in part, to a story.

The Browns haven’t just struggled on the field. They’ve had a revolving door of head coaches… eight of them since 2009. It’s the newest recruit as head coach, Kevin Stefanski, who brought them success - and storytelling.

Stefanski took over with morale in the dumps and Covid-19 preventing in-person meetings. Even though getting all his players together on a Zoom call wasn’t ideal, Stefanski was convinced something was needed to bring his team together.

So he decided to ask the players to share their personal stories, built around a framework of 4Hs… History, Heroes, Heartbreaks, Hopes. And he asked another new signing, fullback Andy Janovich (pictured) to be one of the first to speak.

There are a couple of things you need to know about Andy Janovich. For one thing, he’s a hard-tackling, fearless fullback. For another, he doesn’t like speaking in public. “I thought about it all damn day,” he said, after the coach asked him to speak. He admits he had butterflies. But the more he thought about the task, the more he realized he had something to share.

So on the day of the Zoom call, Andy told his story, linking the hero and the heartbreak in his life.

For Janovich, one of nine children, his hero is his dad Ron. “The hardest-working guy you’ll ever meet,” he says. His dad worked as a car mechanic and later as on the railroad, while his mum Margie stayed home to care for - and home-school - the kids.

And that’s when the heartache came. Margie developed thyroid cancer. But she was pregnant at the time. So she held off treatment until the baby was born. She died when Andy Janovich was three years old.

In his storytelling, Andy explained how his dad Ron held the family together. “I don’t think the guy ever slept. He worked dark to dark, and when he comes home he’s raising kids.”

Andy Janovich ended his story by talking about his hopes, and his optimism about what the team could achieve if they worked together.

Coach Stefanski admits he had no idea how the 4H storytelling idea would work. But after Janovich had spoken, he knew he’d found a way of uniting his team. "I was floored by it,” he said of Janovich’s storytelling. “He set the tone with the teammates understanding we all trust each other and want to understand each other better.”

The more Janovich heard from his teammates after he’d told his story, the more he realized how much he shared in common with them. The settings and details differed, but their journeys were similar.

Coach Stefanski is not claiming that storytelling is the big reason why the Browns are having a successful season. But it helped, especially in a team of such different characters and big personalities.

On Sunday the Browns beat Pittsburgh Steelers 48-37 in the wild card round. It’s their first post-season win in more than a quarter century. It sets up a trip to Kansas City to face the defending Super Bowl champions the Chiefs.