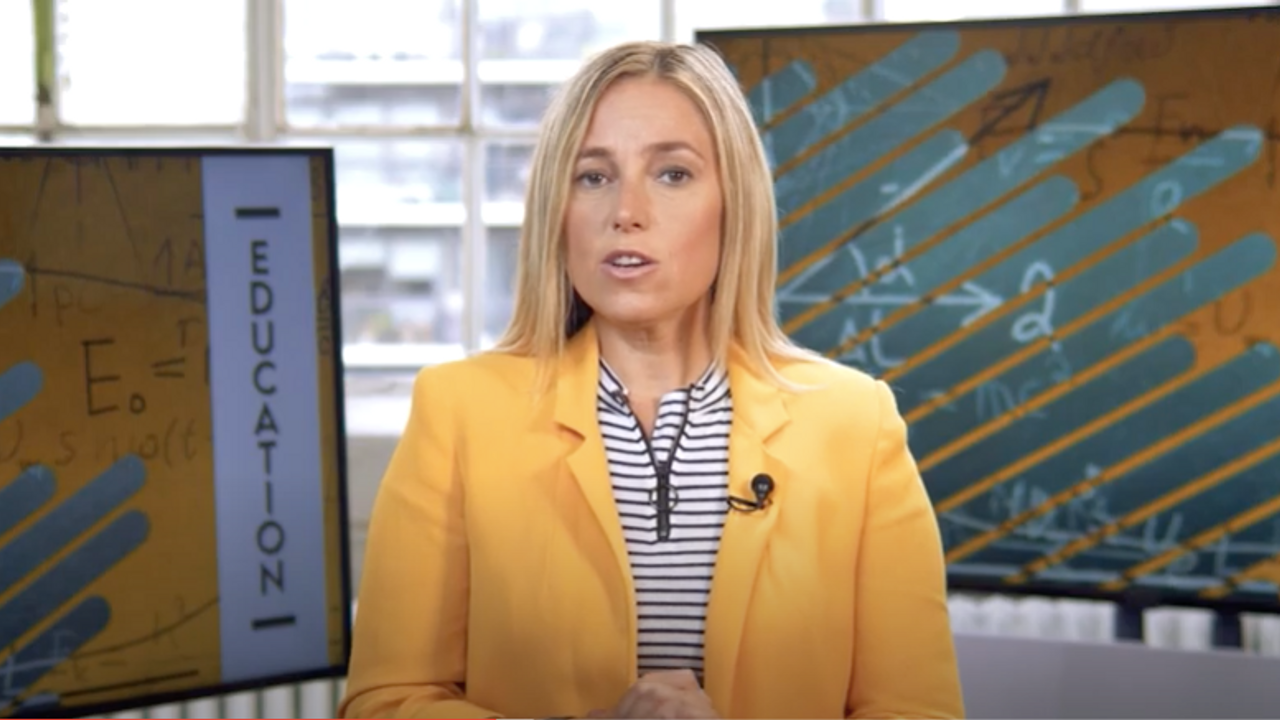 If you want to be a leader in the virtual space, you have to do more than simply turn up for a Zoom call and sit staring at the camera. According to one of the global leaders in online communication, many of us are simply not making the most of the opportunities.

Amber Mac, above, the Toronto-based bestselling author, award-winning podcast host, blogger, and keynote speaker, is a leader in digital innovation.

A big problem, she says, is that people's attention span in online encounters is quite short. People can get up and leave at any time. It’s not like the physical space, where the audience is glued in their seats.

Virtual presenters, she says, have to work harder to keep people's attention, and to do that they have to be more engaging. For her, online communication should be as dynamic as watching a television show. As a performer, you have to bring the sort of production values you would expect on TV.

“We still have a lot more room to grow and mature when it comes to virtual events. And anyone who can really master that is going to have great success in this environment.”

For Amber, a virtual presentation involves dynamic content, videos, and lots of engagement with her audience. It helps that she has a studio set up with several cameras and a husband who acts as her technical support, switching between the different shots and different sources of content.

“Most people don't necessarily have a setup like this,” she acknowledges. But that shouldn’t stop us being innovative. “Bring your A game. At the end of the day, it's really about being able to engage the audience. The best speakers out there are able to really connect with their audience, whether it's virtual or in person. And just remember, there's someone at the other side of the lens. Try to connect the best you can.”

Amber embraces technology, and has done so ever since she quit her job at CBC Charlottetown and headed out to California during the dot.com boom. But she understands how keeping up with tech changes can be a headache for some people.

“Unfortunately, technology has gotten to the point where the people who can really take advantage of it and can use it in a way that can change their lives and grow their businesses can't necessarily always figure out how it works.”

And, she says, we don’t have to jump on every new social media fad that comes along. “It is important to try some of those new trends to understand what is attracting people to a new social network, like TikTok or Clubhouse. But if it's not relevant for your business, you shouldn't feel that peer pressure to join in.”

I was interviewing Amber, above, for an event organized by the Atlantic Chapter of the Canadian Association of Professional Speakers (CAPS). She began by remembering how her first client was superstar motivational speaker Tony Robbins. She was in Toronto when she got a call from one of his staff, who said Tony wanted to meet her because he’d heard about her expertise in social media.

The answer, of course, was yes - and that’s how the woman who grew up in rural Prince Edward Island helped one of the best-known global speakers build his brand in the digital space and develop his social media network.

She still thinks Tony Robbins is a role model for speakers. “He's always been an early adopter with new technologies. And he's always been kind of one step ahead. So I would highly recommend that people check out what he's doing now, virtually. He is at the top of his game when it comes to virtual speaking events right now.”

That PEI childhood was formative in terms of Amber’s attitude to work. Her parents had a property management company with a contract to clean up shopping mall parking lots. “My brother and I would go with my dad, and we would clean up the parking lot before school. At that age, most people would hate that. And I remember thinking, how much fun it was. I wanted to pick up more garbage than anyone. That's when I realized that I didn't mind hard work at all. I think growing up and PEI, you just did the work, right. It was just part of the way I was raised… there was no job too small for me.”

Her bigger jobs have included interviewing some high-profile people. One was Canadian Prime Minister Justin Trudeau. Another was astronaut Chris Hadfield. But she says her favourite interview was with James Comey, the former director of the FBI and thorn in the side of Donald Trump.“I was terrified going into that interview. I am an accidental speaker. I got thrown into speaking, but my entire life when I was a child, I was terrified of public speaking. I've learned to get comfortable, but I still have total panic attacks before I go on stage. And James Comey was a really difficult interview for me because it's a little bit out of my comfort zone.”

The interview was for a IT conference. But Amber says the content is relevant for everyone today. “We talked a lot about Russian interference in terms of the US election and how that happened, how we're living in an era of misinformation and disinformation, and how that is swaying politics. So it really was a conversation that is still enormously relevant today, as far as how the web tends to be a place where we are deceived on a daily basis.”